STAY CONNECTED AND GET ALL THE LATEST

As I mentioned yesterday I threw my bestie, Danielle, a baby shower this weekend. Here is her adorable pregnant self… I wish you could really take a good look at her dress. It is a maternity maxi dress from Target but looked way more expensive and fabulous than anything you’d ever expect to find at a big-box store.

I asked D what she would like the shower to be like… she said she had in mind navy and coral for the color scheme. I switched it to hot pink because I knew it would be easier to find items in hot pink and after a few invite tweaks here is what I came up with. It was all made in Microsoft Word.

Time for shower details! This sign, written on one of our home’s clapboard scraps, greeted guests by the door. 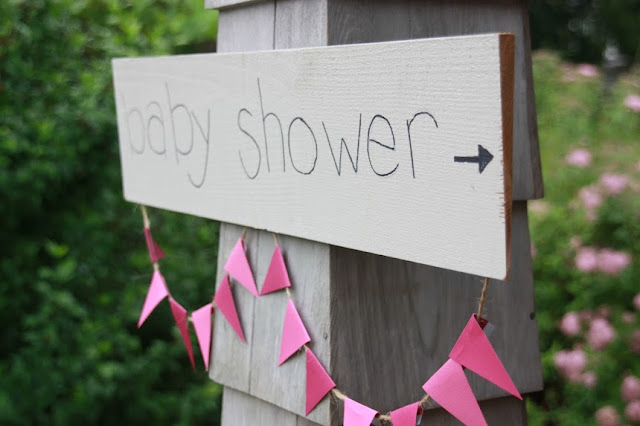 The shower was held in the vestry of our church. This was the food table…. does everyone know what “nosh” means?

Some friends from church brought the granola and bananas for the yogurt bar and two other friends brought the fruit salad. Isn’t it so nice when you can count on people to bring things so you don’t have to stress out about it?

The stripped fabric is from IKEA, it was $7.99 per yard. I have this aversion to paper or plastic tablecloths so I went to Joann Fabrics and bought some $3.99 per yard navy fabric and then used a 40% off coupon to make it even more of a steal. All I did was use pinking shears for the edges (I didn’t have time to do more if I wanted to sleep at all. :)).

I used my recipe for a frittata and edited it slightly for two different variations. 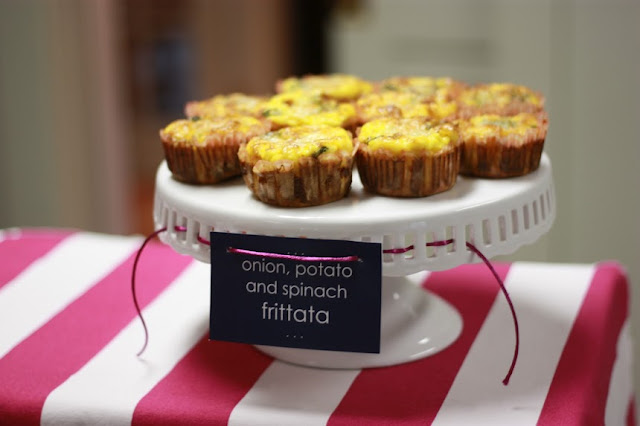 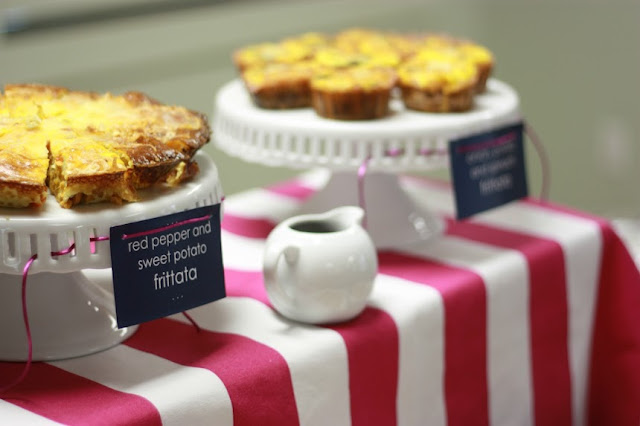 I found this neat idea on Pinterest to made silver dollar pancakes and stacked them on a toothpick. I made them on the morning of the shower before AJ and Drew woke up and then just warmed them in the church’s oven for a half an hour before the shower. 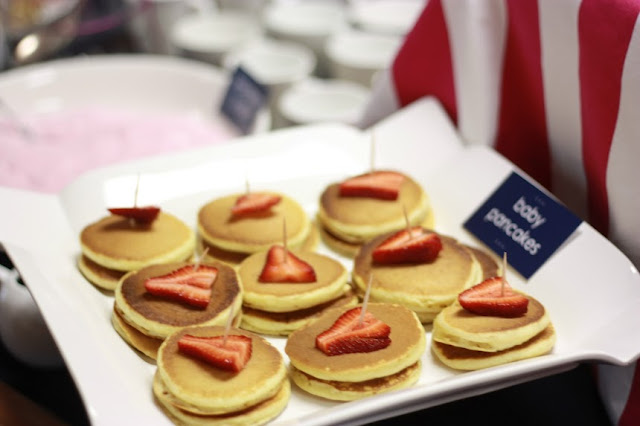 Doesn’t this fruit salad look delish? I wish I could take credit for it… 🙂

This is the dresser I mentioned yesterday. I put the jellybean favors in the top three drawers and then we put gifts in the bottom drawers.

I was having trouble editing this photo but it shows the room, I had navy cloths on each table and IKEA runners that I made. 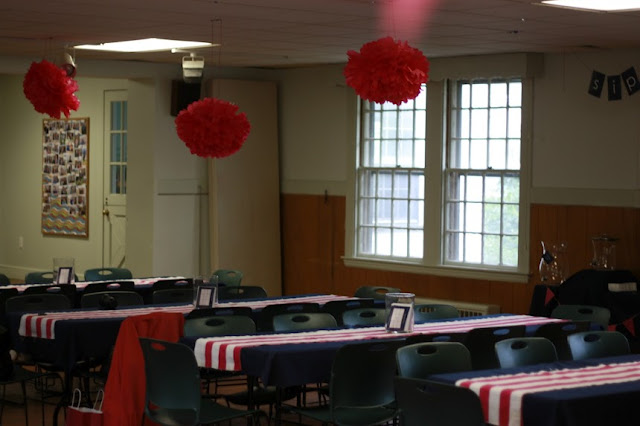 Instead of centerpieces I had a vase on the table with envelopes for guests to write their address so Danielle would be ready to rock and roll when it came time to write thank you notes; also in the vase were Bingo cards I made to match the party theme and advice cards. 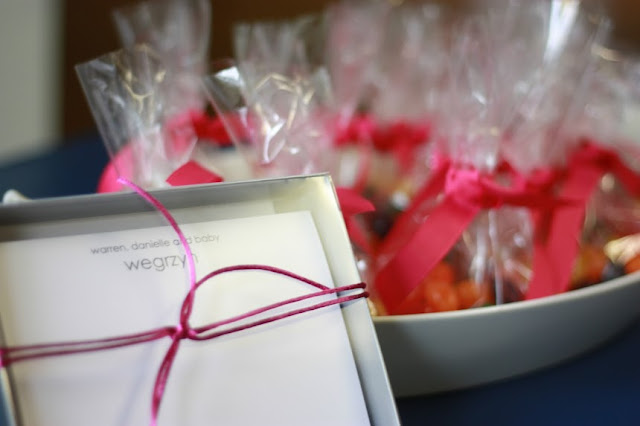 I made three different versions of the advice cards, each had a different phrase at the top and it was so neat to read what guests wrote to Danielle!

I had a blast planning the shower and it was so fun to surprise Danielle with certain pieces of it.
Have you planned any fun parties lately?
Many many thanks to my wonderful friend Davia for loaning me some of her pics for this post!
Linking up to:

and
Between Naps on the Porch