STAY CONNECTED AND GET ALL THE LATEST 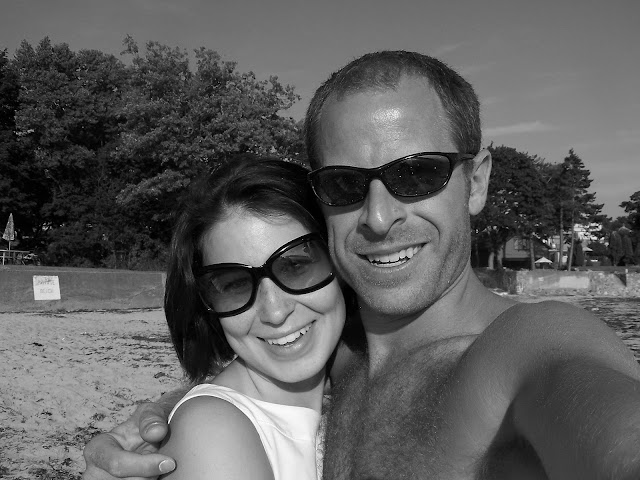 our first picture together
I remember one day after work in May of 2008 meeting one of my professors in the parking lot at Gordon. She yelled across the lot, completely randomly, “are you single?” and of course I had to answer her… “yes…”, I somewhat embarrassingly yelled back. She told me she thought she had someone I’d click with… at this point I was fine being single but thought it would be fun to be set up. I didn’t expect her to remember but later that afternoon she called me and gave me the scoop on her friend from her Bible Study, AJ Migonis. As I googled him I found all his running records… I run consistently but not up to his standards… there would be no regular running dates in our future that was for sure… here was a guy who placed in the top 55th of the Boston Marathon running at 5:50 – 6 minute miles… I found out he was from New York where he grew up on a diary farm, he went to Colgate for undergrad to run and study history and then William and Mary for grad school. He’d been teaching at Manchester-Essex Middle School for seven years at that point.
I don’t answer phone numbers I don’t know (I think I’ve been burned by people from Huntington Theatre calling to ask for money), so when AJ called it went right to voicemail. I saved it because I liked his voice, well, and I needed his number. (I found out the other day he’s saved my first voicemail to him all these years!)
Neither of us had ever been on a blind date before. We decided to get some ice-cream at Captain Dusty’s, a favorite ice-cream spot in Manchester (after all, if the company was bad at least we’d have delish ice-cream). We ate and walked the beach and town for two hours. I left that date and knew he’d be my best friend or I’d marry him. I’m glad I got both. 🙂
After five months of whirlwind dating AJ proposed in the exact location of our first date. We went to Captain Dusty’s the night before it closed for the season, got our ice-cream and walked down to the ocean. We were playing the game, as we frequently do, of “if you could change one thing about this house what would it be?” I was staring at this mansion, the object of the game, when I stumbled upon a blanket with candles all around it! Brian Carlson, AJ’s roommate, had been dutifully keeping the Cub Scouts and dogs away from it and then ran up into the bushes when he saw us come onto the beach. Once we reached the blanket AJ gave me a dozen long stem red roses and proposed! Of course I said yes! A photographer appeared because my main man knew we’d want to have pictures of the moment the engagement happened! He knows me well… 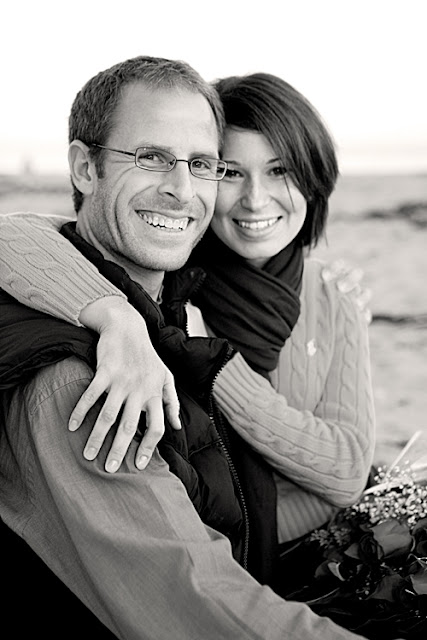 taken minutes after the proposal 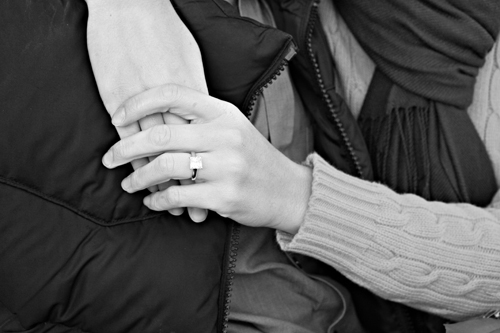 the ring I’m in love with
Nine months later we were married.
You can read about our wedding invites here… I loved them.
Here we are in the chapel of Gordon College, where I went to college and worked at the time.

Do we look a little happy?
My dress was a bridesmaid’s dress that I bought in ivory with extra fabric and had a train made for it… before I even met AJ I found my dream wedding dress (of course a Vera Wang) and this was the closest thing I found to it.
Here is one of my favorite wedding photos: 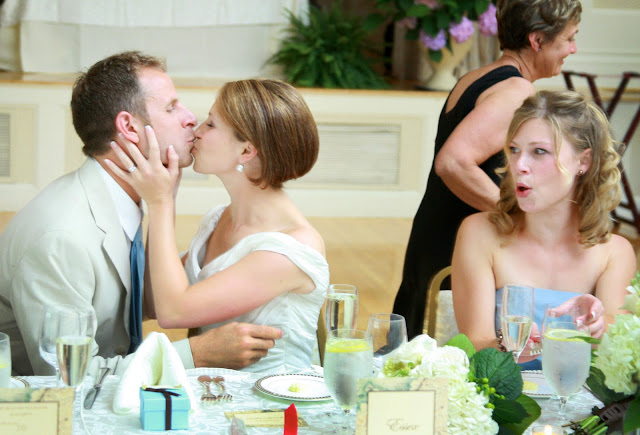 Kissy kissy. Look at Kim’s face, she’s my sis.
After our Hawaiian honeymoon we settled into AJ’s 800 square foot condo two blocks from Magnolia Beach. AJ is a real estate fanatic and owned a condo and a two-family house and was signing papers on another single family to rent out when I met him. Neither of us had ever ventured into the world of flipping but it was something that enticed both of us. And so, for six months we made it our second job to renovate a house in Lynn, MA. It was hard work, emotionally and physically.
We made a decent sized profit which we put straight into a down payment for a home in Manchester-by-the-Sea. Manchester is expensive, to put it lightly, and we were lucky to buy while the market was down. There was no insulation in the entire house, it needed completely new windows, floors, bathrooms and a new kitchen. But we think (most of the time) that we made the right decision buying here. AJ can walk to work and the school system has been voted the sixth best in the state, and besides that, we can run to the beach whenever we want (it’s a mile and a half away). You can see our house progress here. 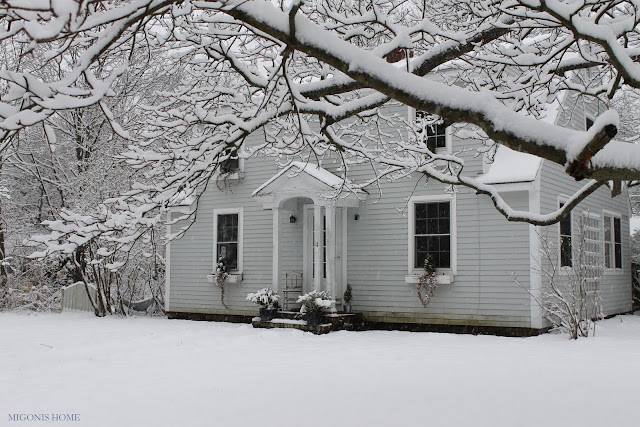 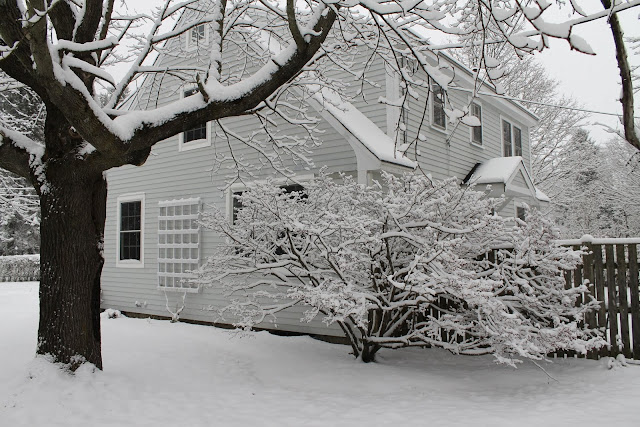 After a little bit of TLC… we still have a long way to go!
We purchased this fixer upper in February of 2010 and found out we were pregnant that May (yikkes!). 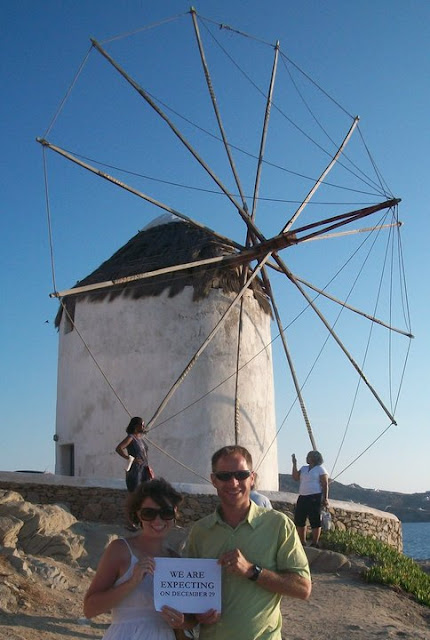 Baby announcement taken on the island of Mykonos, Greece. We would love to spend the summer here…
A few months after that it was so rewarding to see the ultrasound where we could see his face… it made it so much more real. I struggled with being pregnant. It was hard for me to adjust to the thought of my body changing and a baby coming that would so completely change everything (as you can see, change is not my strong point). I’ve chronicled some of that journey here and here.
On December 28, 2010 Andrew James Migonis III was born at nine pounds, one ounce. After having an incredibly rough, and high risk, pregnancy Drew was born completely healthily. The doctors thought he would have Down’s Syndrome or Cystic Hygroma because of a large amount of fluid on the back of his neck during early ultrasounds. We were told at every ultrasound for the first half of the pregnancy that we could abort. I wrote a letter with some of the thoughts of a very new mom here. You can read the letter I wrote him on his first birthday here.
Year two became easier. A lot easier, emotionally at least. I got less done, I guess a baby that walks at 10 months will keep you on your toes. 🙂 Here he is all handsome at a pumpkin festival we went to in October, he’d just slid down the slide (easily his favorite playground activity). 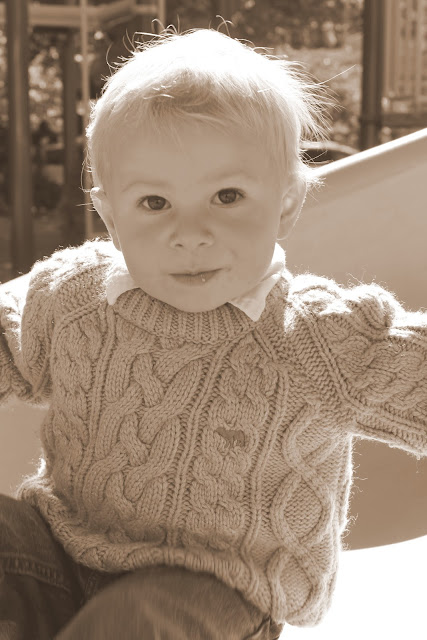 This past April AJ’s sister Meredith had a heart transplant, one day before Easter. Talk about the gift of new life! Those doctors worked so hard on her… and this past September we were able to have nearly the whole family out together for the first time… she’s not completely healthy but she is on the road to getting back to where she used to be (she’s the one in the middle smiling broadly). 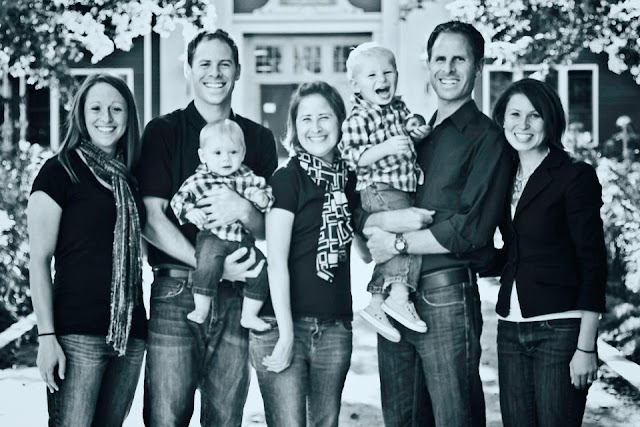 Shortly after their visit we announced publicly that we were expecting our second baby: 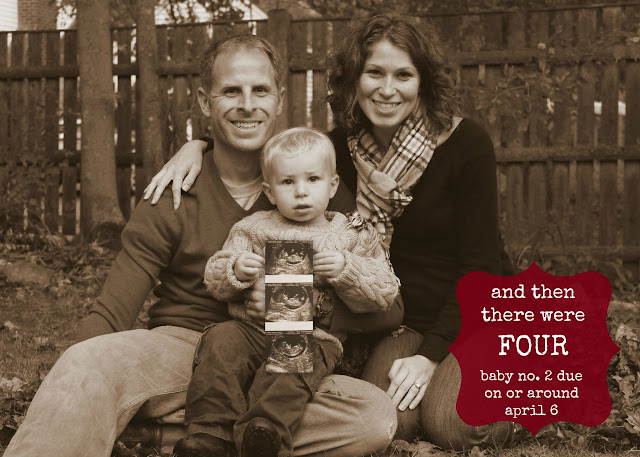 Then we found out it was a girl! We had the ultrasound tech write down the gender on a slip of paper because AJ wasn’t able to get out of school that day for the appointment. I went to school and met him and we opened it together… that was so much better than finding out by myself. I had an inkling all along it was a girl but found myself referring to it as a “he” because I was so accostumed to doing that with Drew. 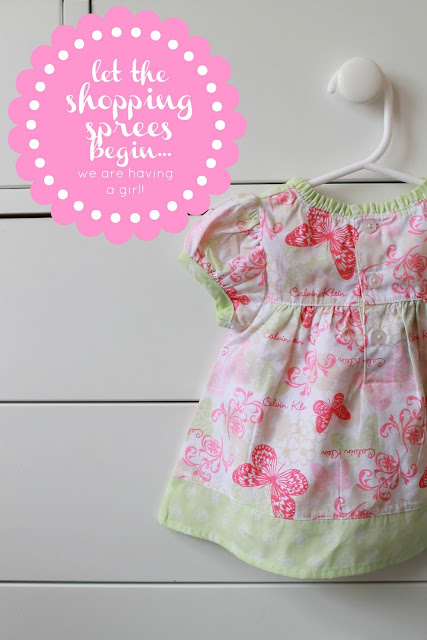 I’m felt so much more at peace with this pregnancy… maybe because I wasn’t clueless anymore. I mean, I’ve changed more than five diapers now and I have an idea of how to nurse, discipline, grocery shop with a child and most of all love on a child… Obviously, I knew it would be different this time around but a lot of the big things will be similar. I’m forever grateful to my Drew for teaching me that change isn’t terrible. He is worth every bit of difficulty in learning to love more sacrificially. 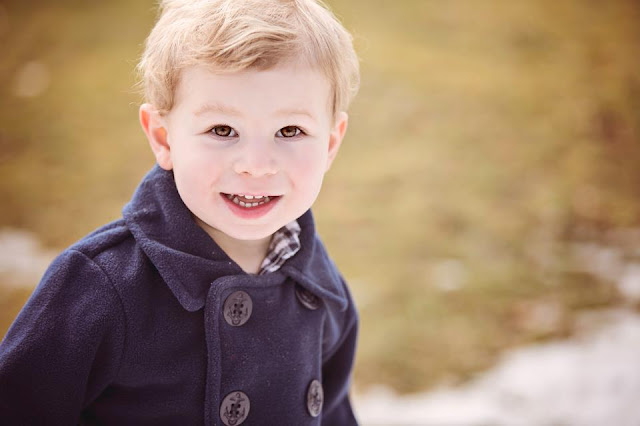 taken by Petite Pixel Photography on March 2 during our family / maternity shots
Then on April 5, 2013 we officially welcomed this little one into our family: 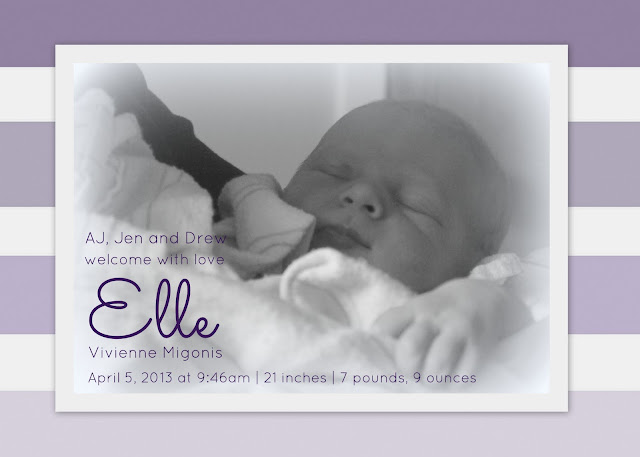 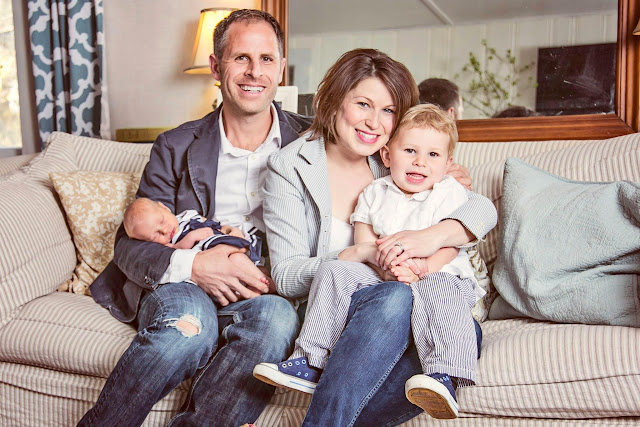 After writing all of this it’s just confirmed in my mind how much the Lord has blessed us… it absolutely hasn’t always been perfect. Or even remotely easy. But I’ve loved these last four years since meeting AJ. Owning a home is rough at times. Marriage is complicated. Raising children is even more difficult than those two together. When I was in college I wrote out my goals to have accomplished by the time I was 30. And I like my life so much more than what I wrote down in anticipation on that paper. I’ve had to trust God more than I ever knew how with the day to day things ranging from raising a child while being completely exhausted, living with two of our rental apartments vacant and having our own home completely in flux.
…
After we lived in our home for about six years we sold it for a decent profit and purchased a larger house. You can view the complete house tour HERE. We were talking about adopting at the time and wanted the space for our family to grow. This house wasn’t the house we initially bid on but it’s turned out so much better than we would have thought. The space has been perfect for AJ and I and the kids.
Follow on Instagram